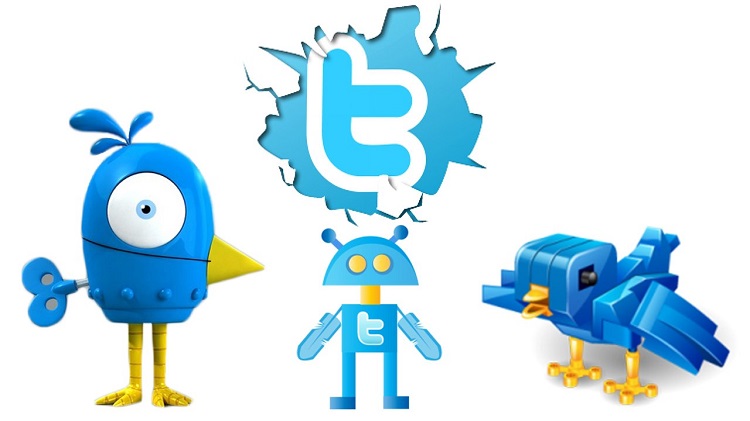 Although the bots of Twitter are not new and despite the fact that this platform is flooded with “tweeting machines” – in August 2014 a report from the social network accounted for a total of 23 million accounts that use the best social media bots-, the truth is that these profiles that publish “information” automatically can serve very different purposes .

So, today we collect some of the most fun and interesting that have caught our attention in recent times, from those used to spam, to others that give us the opportunity to better understand the characteristics of those who follow Donald Trump. Are you curious?

The goal that has been proposed For each word is to get to tweet the entire dictionary until 2019. To achieve this, it publishes each word in intervals that oscillate between the hour and the thirty minutes. At the time of writing these lines, it is still going to “define”.

Ideal for lovers of retro and nostalgic, in Wayback exe you will find screenshots of the Internet Archive belonging to old websites found with browsers such as Netscape, and so on. There are very different types. This bot was created by Colin Mitchell.

We Didn’t Start It:

Inspired by the song We Did not Start the Fire from Billy Joel’s Storm Front album and created by Bradley Momberger, this account tries to summarize the most important current events using the same rhythm and structure of this music. Although sometimes it is not up to what it promises, it is curious to try to “square” with the popular stanzas.

Although of dubious use, Knock Knock [tab] can help you have a good time. Specifically, it is an account that uses the format of traditional jokes “toc, toc; Who?”. The issue is that it is based on the autocomplete function of the Google search engine, something that can sometimes lead to fun results, especially because it is possible to verify it. The structure is always the same and, although it will not make you laugh out loud, it’s funny.

GIFs of Wikipedia is perfect to show the number of terrible GIFs that exist in this collaborative encyclopedia. Removed from context and randomly selected, you will find all kinds: earthquakes, tree growth, and blooms, animated graphics, dances, skeletons in three dimensions and a long list of dubious taste and quality; although there is everything.

Very practical, this bot created by Amit Agarwal has answers for almost everything. It has the help of Wolfram Alpha, an intelligent search engine and includes information that covers questions about the calories of certain foods, the distance between certain points on the map, planets, even links to tutorials.

Also curious, what makes Quilt Bot is to turn any image into the framework of the classic quilt formed by hundreds of scraps of fabric (a tradition and tradition that surely you have seen in many American films and a piece that generations inherit). The results are surprising, of course.

This bot, as well, shows how easy it is to violate our privacy in the network, even beyond the data. In particular, it is dedicated to publishing the “stolen images” of different cameras, mainly security.

Of course, the account is part of a project by American developer Dereck Arnold that, to avoid compromising the safety of potentially affected people, is responsible for making a preliminary selection that serves to discard that “material” that would endanger them.

It is difficult to know who is hiding behind a social bot. Until today there is not a single method that is absolutely safe to identify false accounts, so detecting responsible developers is even more difficult. However, we can distinguish four groups of people who profit from the use of social bots:

Social media/influencers marketing professionals: small and large companies can use social bots to conduct covert marketing. The influences aim to mark trends and influence them with the help of opinion robots. Likewise, you can also obtain data about the target audience with the bots in social networks and, if the friend request is accepted, they have access to the profile data.

Political leaders: it is suspected that pressure groups or political leaders also use social bots. The US secret services presume that behind many false accounts and bots in social networks in the US election campaign. Russian hackers are hiding, but it is not known if the attack comes from criminals or from the Russian government itself.

Other participants interested in the formation of public opinions: there are other participants with intentions to influence the opinions through social bots. These can be individuals, groups, organizations or criminals. This third group, a group of hardly identifiable participants, is the largest of those that occupy us. The people who form them use bots for the benefit of a game or to attract more attention to a topic, or even to cause a fuss. It is also very common to disseminate far-left or far-right content and, since this group is very heterogeneous, it is difficult to find the common denominator of the users’ intention.