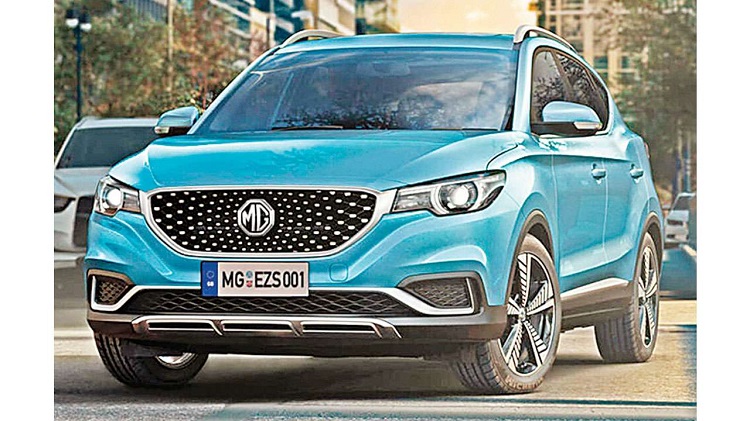 The ‘I smart’ segment has been highlighted by the MG Motor at the Auto Expo 2020. MG Motor along with the ‘I smart’ segment has introduced the FIRST internet car in India. It has acquainted India with its pure electric Internet SUV. It has given the Indian eyes a glance of the future mobility. Marvel X has been the first mass production model to be equipped with Level 3 Intelligence.

MG Motor is basically a China based SAIC Motor car. The carmakers have prepared the second launch of the MG Motor for the Indian market.

Marvel X is the Electric vehicle the world has been waiting for. It is luxurious and the features are what advance drivers are looking for. It has inbuilt driver assistant and excellent safety technologies. The interiors are magnificent with a given range of 403 km. Many experts have given it a comparison and a lot of similarity between Marvel X and Hyndai kona Electric.

The color schemes presented by MG Motor is fabulous. The color scheme is known as Klien Blue and it has been recognized as the WORLDS ONLY PURE BLUE. The airflow and ventilation between the doors and otherwise inside the car is still under development and improvement.

The Marvel X has the measurements: length is around 23mm long and the width is around 84mm. Marvel as you can observe, 100mm shorter than MG Hector. The leather used in the making of the interior of the car is claimed to be Handmade. The seats, steering and wheel as well as dashboard is said to be made with leather.

The car has a 12 inch driver display in which the speed and power usage of the car can be checked. The air conditioning system of this car is 50 percent more efficient than other conventional ACs. Zebra Voice recognition system has been used by Marvel X.

It is an all aluminum Car and has a mix of German technology too. Some of the German Features are Lane keeping assistance, Steering Assistance, Adaptive cruise control, Cameras, Radar sensors and Highway as well as Local speed controllers. In fact, some of the parking routes like the ones in your building, the technology will automatically learn the route and will park automatically when you choose too.

If you are not confident with the automatic system, then you can also use the feature of controlling REVERSE and FORWARD movements by getting out of the car and controlling it on your smartphone. The electric power will work on all the four wheels. The torque output is approximately 186PS and claims a 0-100kmph in 7.9 seconds.

The battery power of the car will be around 52kWh battery. On a single charge, the car can sweep an easy 60kmph. The battery charge totally up to 40 minutes to 60 minutes by a DC charger.