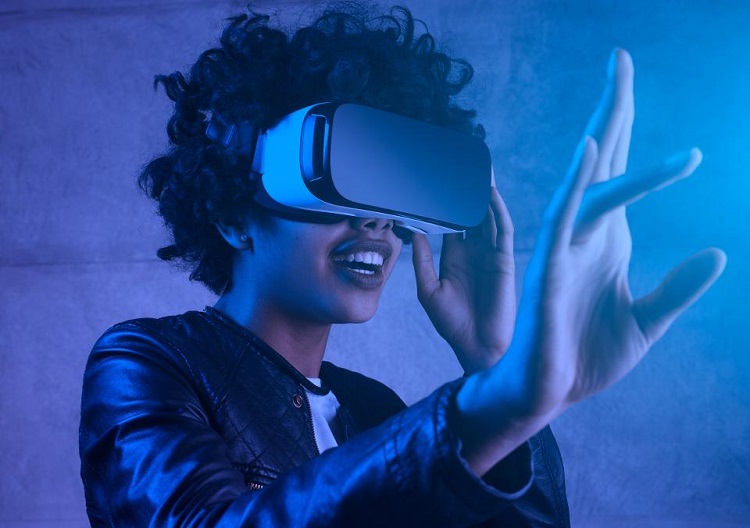 You did read it, and it will happen. Post Malone has recently joined the exclusive list of artists to perform on Virtual Reality. The concert, scheduled for 17 of October will take place on the Raleigh’s PNC Arena, and streamed through the Oculus Venue app. So everyone who owns an Oculus headset will be able to watch the concert on a 180 perspective through Oculus Venues.

Post Malone is ready to “Bend Minds”, according to Billboard, and they are not wrong, the concert is going to be one of the increasing amounts of events to be streamed on VR this year, through the Oculus Venue app.

The Raleigh’s PNC Arena, in North Carolina, will hold the event that will be streamed in a 180 degrees perspective through Oculus Venue, an app of the VR company to watch exclusive events through Oculus devices.

The Grammy-winning artist dropped his most recent album, Hollywood’s Bleeding, back in September with some great collaborators, such as Ozzy Osborne and Travis Scott in the track “Take What You Want”, and Halsey alongside Future for “Die For Me”. The record also includes the singles “Wow” and “Sunflower” (Spiderman: Into the Spider-Verse) featuring Swae Lee, both reaching the top 10 of the Global Chart on Spotify.

Malone talked about the concert and according to Variety stated that “When putting together this tour, I wanted to make sure I was giving my fans something new and crazy with this new production and show.“ Later adding that “Working with Oculus on this VR broadcast gives fans at home a chance to sit front row with me during my North Carolina show, just like you’re in the arena. That sounds pretty f***ing cool to me.”

The concert will make Austin Richard Post Aka Post Malone, one of the few people to have done this kind of show. Still, among important artists who have done it before there are Billie Eilish, who did it a month ago, and Tenacious D.

Tenacious D went out to do it on July 31st and many agree saying that it was a success and that the experience actually made it more comfortable. An unexpected advantage of “different state legislation” for some people, as it is mentioned in this article from The Cult Machine.

Moving a little closer on time, on September 3rd, we were able to see Billie Eilish’s concert being streamed on VR, using Oculus Venues as the platform as well. Eilish played in Madrid, Spain, and according to many articles, the experience and opinions may vary a lot, as it is explained in this article from the UploadVR.

According to iHeartRadio, she talked about the concert stating that “I make everybody get really low, and we all jump when the drop comes in. Even though you’ll be watching on a VR headset, you should still get low and jump with everyone.”

Besides music, there’s a lot of exclusive events that plan on going towards Virtual Reality, including the NBA. Last September they announced their collaboration with many VR platform to broadcast about 26 games starting this October. It is likely that soon you can watch the NFL season and bet on the Superbowl favorites, using VR technology.

VR HAS TAKEN OVER THE LAST YEAR

Although the recent concerts of some of the biggest stars of the moment have made VR reach a spotlight, there are a couple of extra apps that have taken a step forward on this remark. They are having thesigning deals with some of the biggest record labels and allowing us to feel we are on the crowds of different concerts, events or even festivals.

It is safe to say that Virtual Reality keeps breaking walls but is also worth to think for a minute how this could affect the trends, the attendances to concerts and many other factors. Also, what could change into the VR Apps for this kind of shows, if microtransactions are a possibility or any possible alteration in the near future.