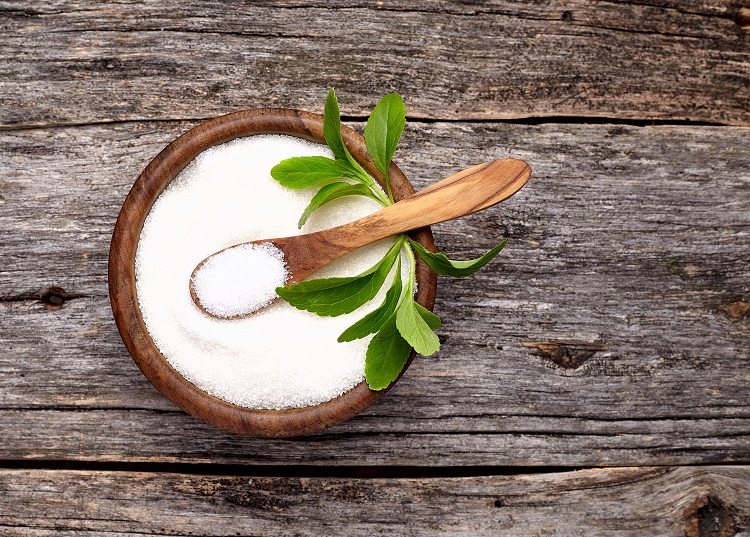 Contrary to what happens with other sweeteners, being natural, stevia has no side effects or favors the appearance of caries

Stevia is an increasingly popular medicinal plant worldwide. Originally from Paraguay, today it is consumed in many countries as a healthy alternative to sugar. Also, it does not contain calories.

Discover in this article the nutritional values ​​and beneficial properties of this plant. In addition, we also share some caveats to be aware of.

The Guaraní Indians already used this medicinal plant for its supposed healing virtues. However, in the last decade its cultivation and consumption has spread. In fact, today it can be found in supermarkets as a natural sweetener.

Stevia stands out because it has few calories, as several studies claim. One gram of stevia has 1 calorie and 1 g of carbohydrates and no fat or cholesterol.

The leaves of this plant contain a wide variety of nutrients. It stands out for its protein, fiber and carbohydrate content. It also has vitamins A and C and minerals such as sodium, magnesium, iron, phosphorous, calcium, potassium and zinc.

However, it should be noted that the stevia that is marketed is, for the most part, refined. It is transparent in color and does not have these hypothetical healing properties.

If we want to take advantage of its health benefits of stevia, and not just its sweetening power, we must resort to pure stevia. Its extract is dark brown in color and its flavor is reminiscent of licorice.

Since the body does not metabolize the glycosides in stevia leaves, no calories are ingested.

It is a good alternative to include in a diet, as long as we have talked to the endocrine before. In addition to having no calories, it provides great sweetness.

Used as an alternative or substitute for sugar, and combined with exercise and a balanced diet, this sweetener could be very helpful in losing or managing weight.