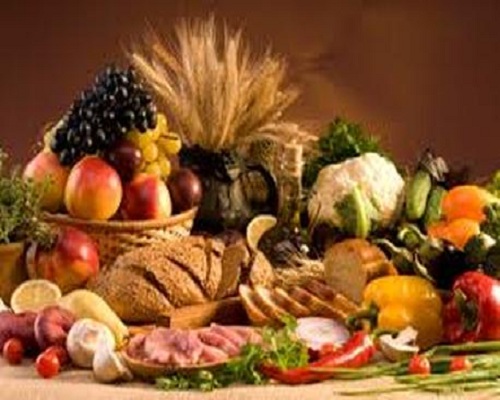 Biomolecules, as the name suggests, are simply biological molecules. Living entities are made up of various complex biomolecules, which are chemical compounds produced by them. Biomolecules play vital roles in all the basic life processes, even diseases development. Hence the accurate identification of various biomolecules is essential for the diagnosis of diseases and consequently disease therapy. The electrochemical approach to detect biomolecules is considered to be one of the best methods as graphene-based materials are known to possess exceptional electrochemical attributes making it an excellent electrode material to enhance biomolecule detection.

All living matter is composed of six basic elements, namely – Oxygen, Carbon, Sulphur, Nitrogen, Hydrogen, and Phosphorous. 90% of the dry weight in humans is constituted by these elements. Biomolecules are made up of subunits known as monomers. Monomers chemically combine to form complex and larger polymers. Almost all of the biomolecules are made up of three common elements – hydrogen, oxygen and carbon.

They are composed of carbon, oxygen, and hydrogen to form a good source of energy. They are made up of long chains of sugars(found in milk, fruits, and vegetables), fibres and starch(found in grains and legumes). The sugars are referred to as saccharides and based on the presence of one or more sugar residues, they are classified into monosaccharides, disaccharides(made of two monosaccharides) and polysaccharides(polymers of monosaccharides). Glucose is formed when these sugars are broken down into simpler sugars, which serves as an excellent energy reservoir. Carbohydrates are an indispensable part of the RNA and DNA.

Carbs fuel our body with energy. The carbs consumed is digested and disintegrated into glucose before entering the bloodstream. Body cells take up glucose in the blood to produce ATP (adenosine triphosphate) which is used to perform various metabolic tasks, hence they are termed as the energy currency of the body. Thus, carbs provide stored energy in the form of glycogen. Carbs also help preserve muscles and aids indigestion.

Lipids are grouped under water-insoluble organic compounds that are composed of long hydrocarbon chains. These molecules can hold up larger quantities of energy and hence are energy-storage molecules. They are building blocks of biological membranes and are esters of fatty acids. Structurally, they have a polar head and a non-polar tail. They are a diverse group and include oils, fats, hormones, etc. Fatty acids can be saturated or unsaturated fatty acids. Based on the type of hydrophilic head present, lipids can be grouped into three classes:

The steroid hormones are some lipids that serve as a chemical messenger between tissues, cells, and organs communicating biochemical signals inside a cell.

Proteins are highly complex substances but of tremendous nutritional value to living entities. They directly influence a chemical process that is crucial for life. Proteins are long chains of amino acids(around 20 amino acids) that form the basis of all living entities. These amino acids are present in a specific order that is identified by the base sequence of nucleotides in the DNA coding for the protein. These biomolecules are necessary for the function, structure, and coordination of the cell, tissues, and organs of the body. Proteins are vital components of skin, muscles, bones and the whole body where each protein has a specific function.

They are organic compounds which possess heterocyclic rings and are composed of polymers of nucleotides that contain a nitrogenous base, a phosphate group, and a pentose sugar. A nucleoside consists of a nitrogenous base that is connected to a pentose sugar. Guanine, adenine, thymine, uracil, and cytosine are the nitrogenous bases. The genetic material is formed by DNA and RNA that are polymerized nucleotides. These biomolecules occur naturally and are capable of disintegration, upon which they produce sugars, phosphoric acid, and a mixture of purines and pyrimidines. They are the vital information-carrying molecules of the cells that determine the characteristics of living things by conducting the protein synthesis process. The two main groups of these biomolecules are RNA(ribonucleic acid) and DNA(de-oxy ribonucleic acids) wherein RNA is the genetic material found in a few viruses but found in all living cells and DNA serves as the blueprint and constitutes as genetic material in all free-living entities.