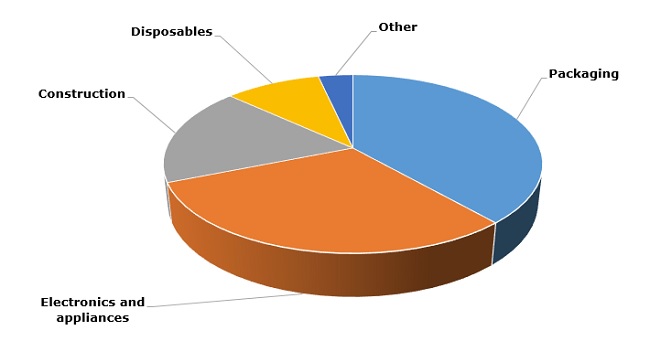 Polystyrene is a highly versatile chemical compound that is used for manufacturing a variety of consumer products. The material is so capable that it can be altered to different forms for different uses. As a hard plastic, it can be used for manufacturing products that require food packaging and laboratory ware. On the other hand, it can also be used as an extra hard material for manufacturing electronic appliances, small devices, automotive parts, gardening equipment, and more. In addition, polystyrene can also be used in the form of foam material known as Expanded Polystyrene (EPS) or Extruded Polystyrene (XPS). The foam material is used for its cushioning and insulating properties. Foam polystyrene is widely used in insulation, lightweight and/or protective packaging, stabilizations systems, etc.

Such growth is due to the steady demand of expandable polystyrene or EPS resin and HIPS and GPPS resin in both the construction and packaging sectors respectively. The single largest industry that drives the global demand or polystyrene is the packaging sector which is growing at a CAGR of 3-5 percent. The construction sector is also one of the fastest sectors that present high demand for styrenics and specifically EPS resin.

China is one of the major buyers of HIPS and GPPS resin due to its growing consumer electronics manufacturing industry which alone is likely to grow at a CAGR of 8-10 percent till 2022. Considering the fact, APAC alone accounts for approximately 54 percent of the global polystyrene production. The list of top global suppliers includes companies such as Total Petrochemicals, INEOS, Jiangsu Laidun Baofu Plastifying Co., Americas Styrenics, and Zhenjiang Chi Mei Chemical Co. Ltd.

The global HIPS and GPPS production capacity is approximately 14 MMT whereas the global production capacity for EPS is approximately 12 MMT. The APAC region dominates both the segments of polystyrene production. Mature markets such as North America, Europe, and Japan are going through capacity rationalization and therefore, the number of suppliers is limited to 4-6 suppliers per region. Contrarily, emerging economies such as those in the Middle East, China, and Taiwan have added capacity and these are likely to grow their capacity at a CAGR of 1-3 percent till 2022.

The global polystyrene market is quite big considering its integration to other industries and it is growing at exponential rates, especially in the APAC region. On the other hand, in the MEA and other emerging economies, the market is growing at a steady pace but new suppliers are joining the market showing positive signs for the industry on a global level.